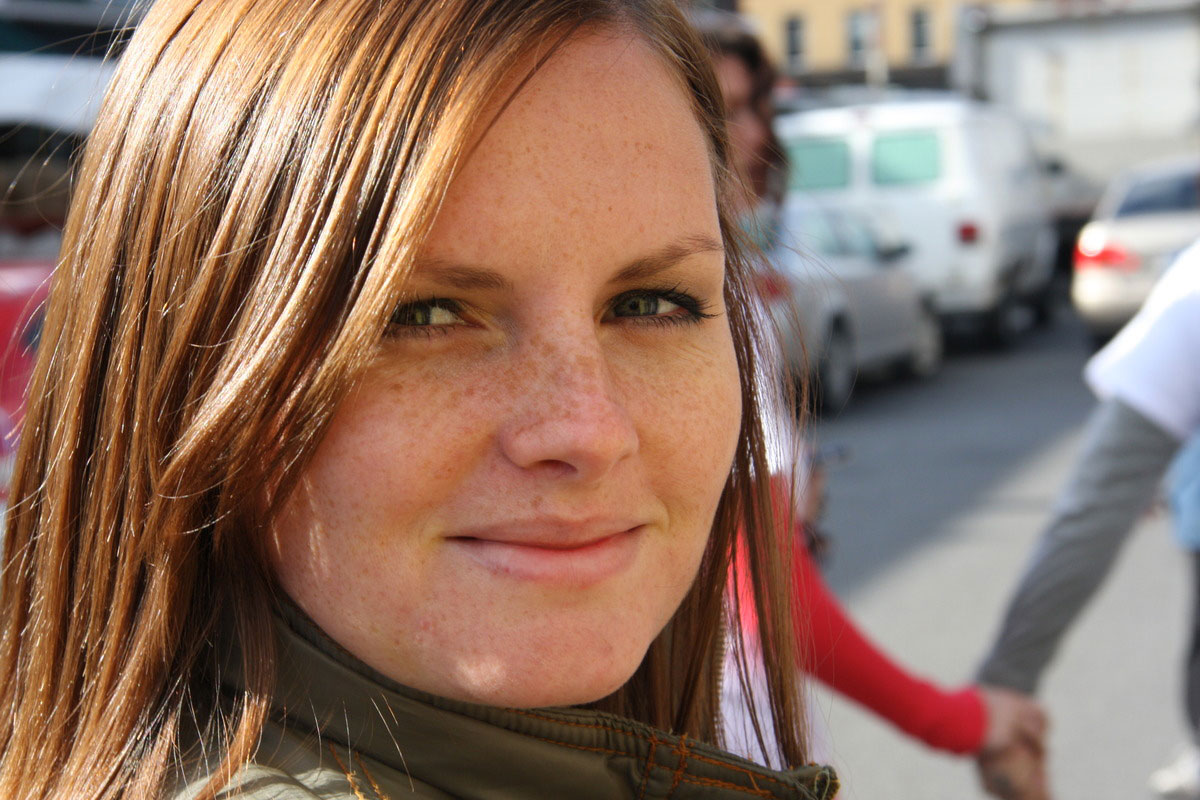 Four More Things I Learned from Entering a Pageant

Yesterday I shared four things I learned from entering a pageant. Not a pageant like you see on TV, mind you; this one was held in a field the first year and a barn the second year. Seriously. I felt comfy entering this particular pageant because its point was less about showcasing some unrealistic standard of beauty and more about building our communication skills. But it still required me to get faaarrr out of my comfort zone.

So without further ado, here are four more things I learned from entering a pageant.

1. I learned to perform under pressure.

For at least a month before the competition, I walked, talked, and dreamed pageant. The night before the big event, I tossed and turned, imagining every possible outcome. Morning dawned at last, and I ate a healthy breakfast before driving to the mall to have my makeup done.

After getting my hair styled and dressing in my interview suit, I stood (so as not to wrinkle) and tried to convince myself I was calm.

At last it was time to leave for the competition. This was the day I’d been anticipating for over a month, and I couldn’t let this fact terrorize me.

What pressure-packed situation are you facing? Have you learned the secret to being A-Okay regardless of the outcome?

I have learned in whatever situation I am to be content. I know how to be brought low, and I know how to abound. In any and every circumstance, I have learned the secret of facing plenty and hunger, abundance and need. I can do all things through him who strengthens me (Phil. 4:11–13).

2. I learned to communicate comfortably.

Not only did we give a speech, do an interview, and answer fishbowl questions, but much to everyone’s surprise, we interacted with the judges rather . . . spontaneously. It happened like this.

We were enjoying a light supper together on the day of the pageant when the tornado siren began to blare. Immediately, the contestants, directors, and judges hurried to the farthest windowless room in the building. We huddled around a crackling radio, wondering if the public portion of the pageant would be cancelled. What an awkward, unexpected situation! I discreetly pulled my business suit around my legs as I perched on the edge of an old, orange sofa.

Yikes, I thought, we didn’t talk about this in practice. It could jeopardize my standing with the judges—but, hey—I would joke in any other setting. Much to the amazement of everyone in the room, I piped up, "I do," and proceeded to relate some corny joke. It broke the ice, and we laughed and chatted until the storm blew over.

I’m curious. How have your words either helped or hurt in a pressurized situation?

3.I realized as never before how many people were rooting for me.

What must my neighbors have thought as they glanced out their windows a month before the pageant and observed my twelve-year-old brother firing fishbowl questions at me, and then watched me waltz around the cul-de-sac in high heels—practicing my pivots—before returning to my brother to answer another question. The time spent with him is still precious to me.

Then there were my fellow employees from "The Hut" (Pizza Hut). They colored "We love Paula" on poster boards and scrawled my name on their cars with washable paint. In fact, the manager came to my rescue the evening of the pageant. As I walked onto the stage, my face muscles froze. I tried to smile but felt my lips quivering madly and then drooping down. I looked out into the crowd, and my eyes connected with hers.

She was puffing out her cheeks, pulling on her ears, and making ridiculous faces. Laughter welled up inside me, and my face unfroze. Throughout that night, when my smile began to droop, I searched the crowd for my manager. Who wouldn’t feel like a winner with friends like these? Proverbs 17:17 is right:

A friend loves at all times, and a brother is born for adversity.

4. I learned to be a gracious winner and loser.

This was it. I held my breath as the emcee pulled the second-to-last scrap of paper out of the envelope—the paper that would determine the next year of my life. He paused dramatically, then bellowed my name. I was the runner-up. Mechanically I stepped forward, accepted the flowers, and moved to the front of the stage, smiling all the way.

I didn’t feel like smiling, though. I wanted to allow angry tears to course down my face, to tell the judges how stupid they were, to stomp off the stage in disappointment and disgust. (Hey, I’m just being honest.) But this would not have been appropriate.

There was a girl standing behind me who was on top of the world. For her sake and the sake of my own dignity, I lost graciously. I hugged, congratulated, and took pictures with her. In the process I learned how to be happy for others’ triumphs and how to receive an award without hurting others.

The lot is cast into the lap, but its every decision is from the LORD.

This truth applies even to "minor" details like who wins a pageant. The judges’ decision was ultimately under God’s control. He gave me His very best, and for some reason, His best was second place.

How about you? Do you believe God is ultimately in control of whether you earn that title or make it to state? That He’s for you?

Oh how He is, sweet girl. You don’t need to be a "winner" in order to capture His attention or earn His favor. It’s yours, all yours, if you’re in Christ.

When You Always Choose The Best For Yourself . . . 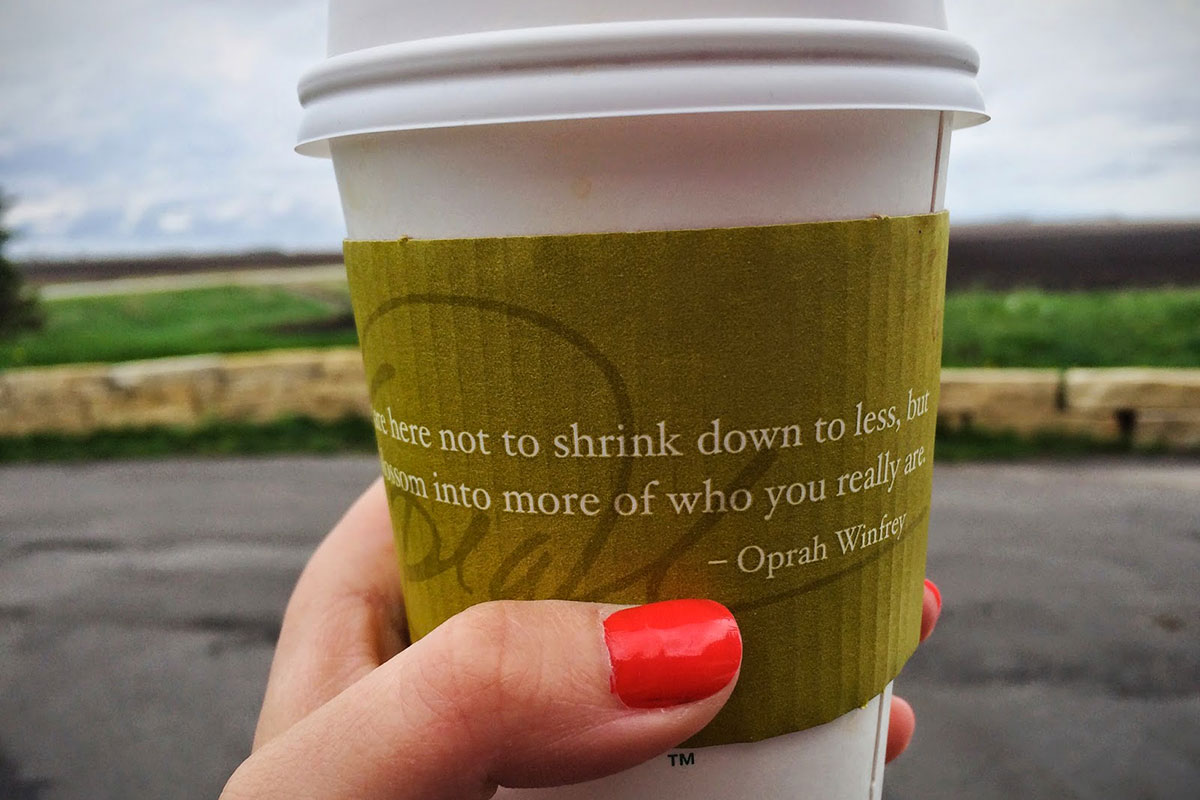 Lies in Disguise – Shrinking down to less